The following is from Randy
Seaver's blog:

A person employed to write what another dictates or to copy what has been written by another.

The following is a letter to John Myers in Darke County, Ohio from his nephew James M. Elderdice who writes from Stewartstown, York County, PA October 14 @1847.
The letter is included in .tiff format followed by a Word transcription:

NOTES:  Fellow researcher on the Myers surname Elizabeth Duncan sent me this letter and others belonging to John Myers and his uncles.

(The Reverand) John Myers was the GGGG Uncle of my husband Jeffrey M. Lott.

John Myers can be located in the 1850 census at http://www.rootsweb.com/~usgenweb/oh/darke/census/1850

Information from the John Myers letter:

* John Myers was the maternal uncle of John M. Elderdice.

* John Myers is in the active service of the Methodist Protestant Church in the character of an itinerant (New Market circuit).

* His wife is ill and has had dyspepsia but health is better.

* An infant daughter died a year ago.

* Our cousin Henry Myers has returned from his excursion of 20 western states on a reconnoitering expedition.

"in this part of the country the people are not much disposed to immigrate westward..."

* I now live on a road leading from York to Baltimore 20m from the former and 30m from the latter.

* Crops of grain are good.

* James reports a considerable number of children deaths from dysentery in Pennsylvania.

* The last two paragraphs end much as with a sermon..." to cultivate Christian love...we are laboring and hoping for better times Paul may plant and Apollos may water but God gives the increase[sic].

* It closes with greetings from James' wife with remembrances and love to all and to direct your letter to Stewartstown, York Co. PA. 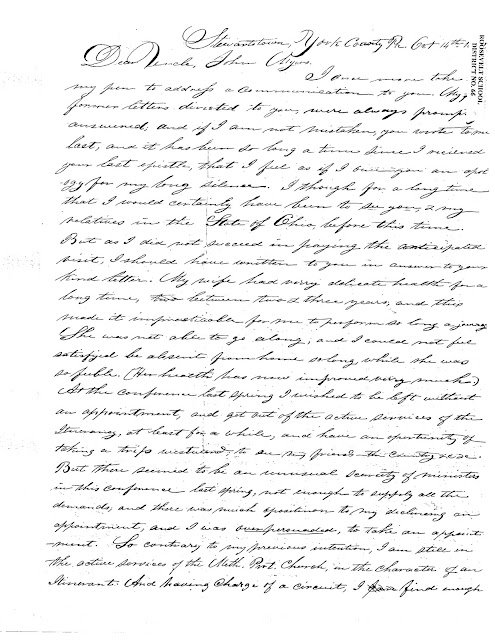 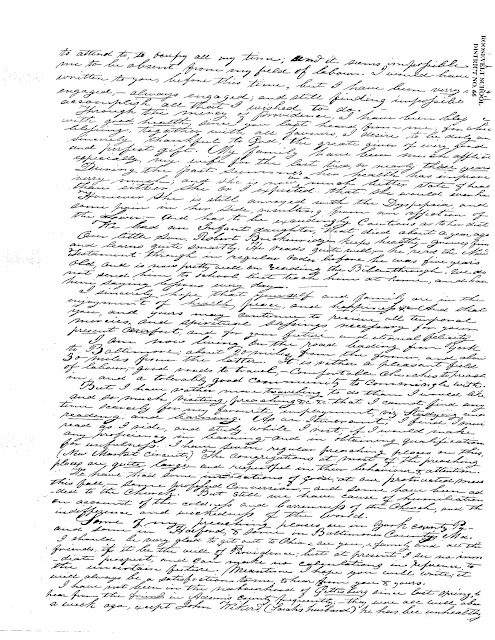 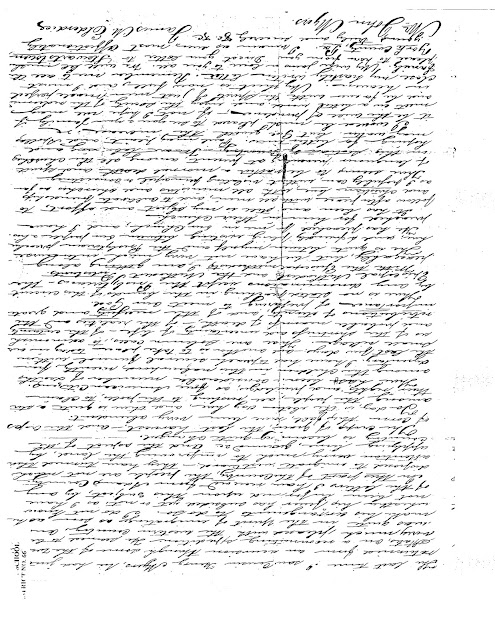 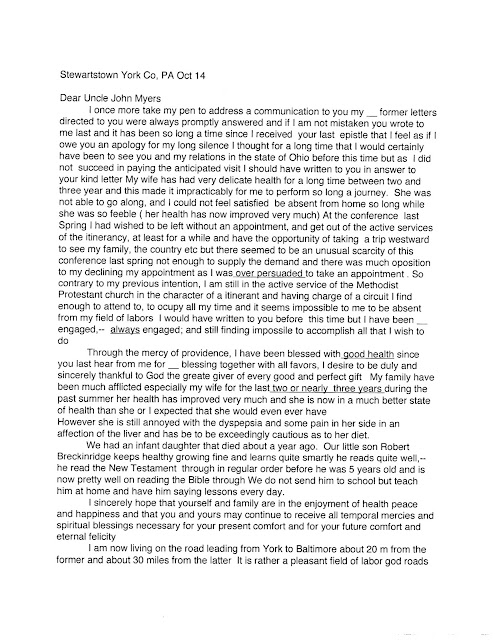 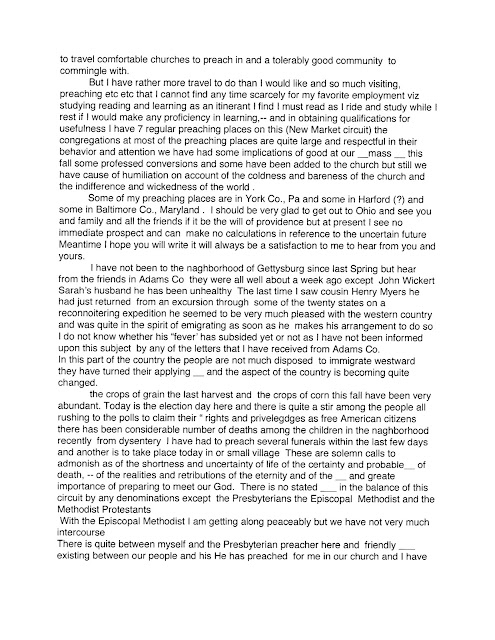 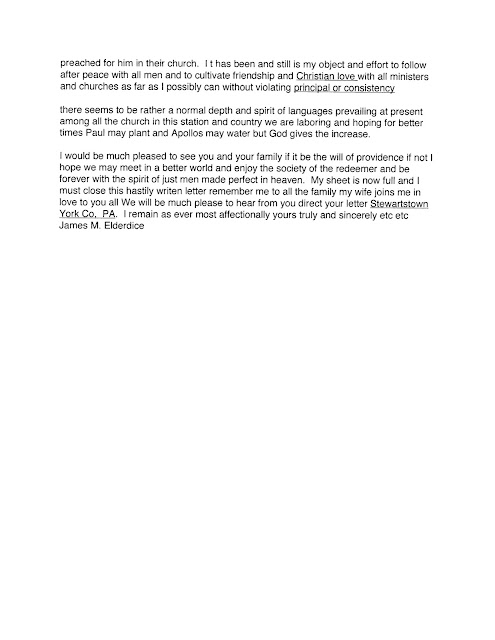 Other Myer letters, wills, and documents follow in future posts.