The Will of William C. F. Krabbenhoft

"The Final Report of Edward Krabbenhoft, Administrator of the Estate of William C. F. Krabbenhoft, respectfully presents to the court the petitions as follows:"

* This is a small estate and subject to probate

* Edward Krabbenhoft was appointed executor as William C. F. Krabbenhoft died without a will

* The estate was inventoried and the values of items were estimated

* Without a will a list of relatives was made, their relationship (13 brothers, nieces and nephews) were determined, and a percentage or apportionment determined

* The executor and attorney asked for reasonable sum for their services

* The report then asked the court to take notice, recognize the recipients, pay certain bills, and close the report and distribution.

The estate was worth $4856.63 mostly from savings, checking and possessions before payments for funeral and other costs. 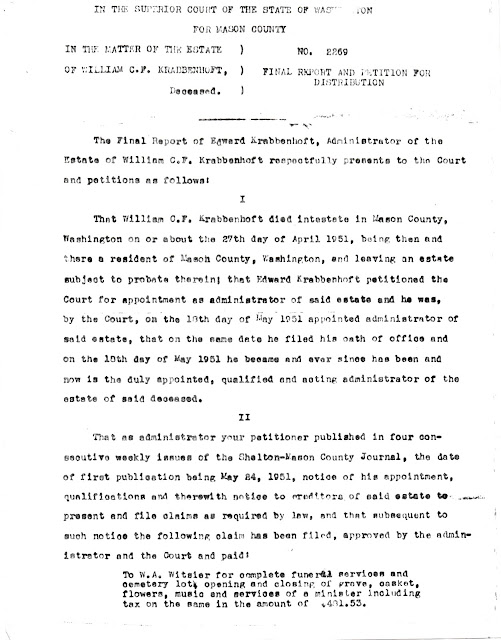 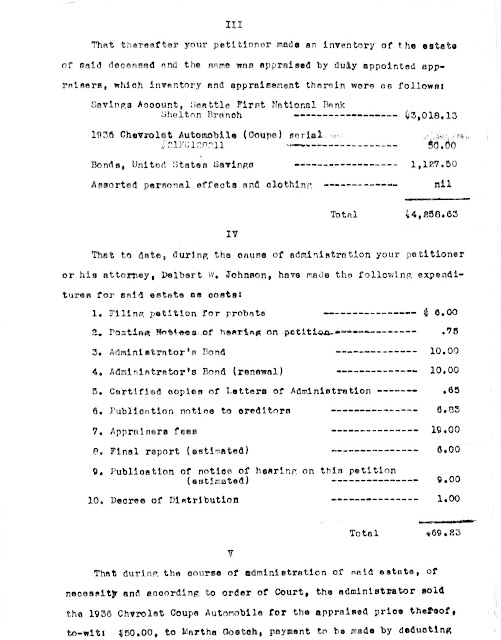 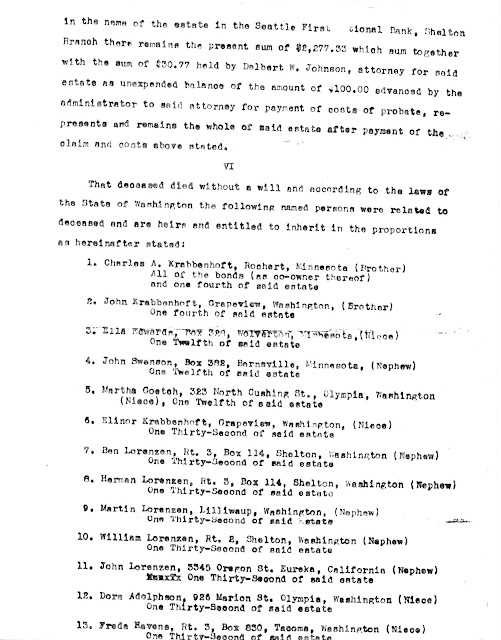 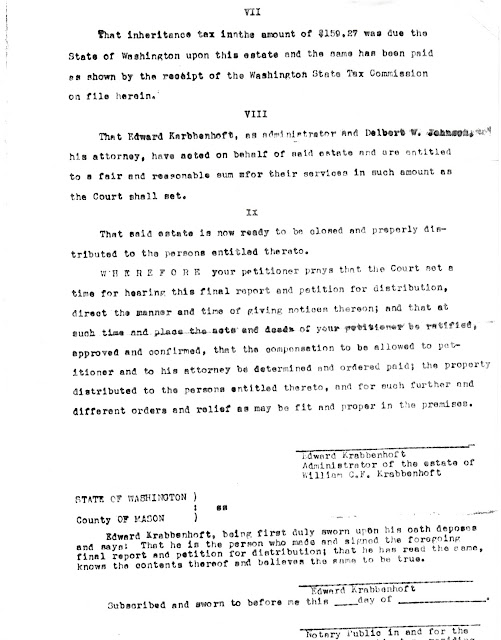 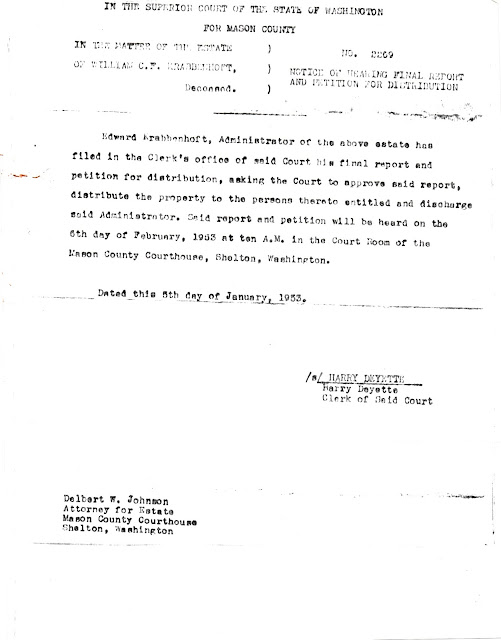 
The listing of the Krabbenhoft relatives with names other than Krabbenhoft aided research for the Lott and Krabbenhoft genealogy and family history.

The names mentioned in the will appeared in documents and photos but the relationships were never known in relationship to the Krabbenhoft research. A brick wall was scaled with this listing of names and relationships in the will.